I recently moved to Brussels, Belgium. I started my career in the field of negotiation in 2002 working with Vantage Partners, a consulting firm in Boston, MA spun out of the Harvard Negotiation Project. With Vantage, I’ve helped companies learn and institutionalize interest-based methods of negotiation, joint problem-solving, and conflict management in their organizations. Over sixteen years, I’ve developed and facilitated training workshops for a variety of industry-leading companies, including Deloitte, TIAA/CREF, Johnson & Johnson, Applied Materials, and Kraft Foods. Eight years ago I began working in the world of education to introduce problem-solving negotiation as a life skill taught at educational institutions, from secondary schools to universities. I’ve had the privilege of working with many dozens of schools and teachers, and thousands of students across continents, and with leading institutions like Solvay Brussels School, Université Saint-Louis, Fulbright, Teach for All, and Young Presidents Organization. I’ve also applied my experience in creative, principled negotiation as the Producer of several documentary films, and was honored to be a Sundance Institute Creative Producing Fellow. I completed my bachelor’s degree at Princeton University in Psychology and my M.A. in Non-Profit Management and Leadership at the International School of Hebrew University. 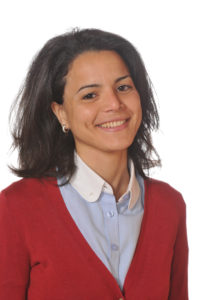 I was born and raised in Brussels. I hold a Master degree in Political sciences and a Master degree in Development and cooperation. After my studies, I started working in a Belgium association in the field of discrimination and racism, before moving to work in education. I taught French and communication in a secondary school in Brussels. Teaching was for me really exciting and challenging as my students were facing strong learning problems in addition to their difficult socioeconomic background. I then turned a  new page of my career by entering the European Parliament as a Political Counsellor. Over 4 years, I had the pleasure to work in an international environment and to explore in depth a wide range of political, economic, social and cultural questions. In 2014, I started working abroad in an international organisation doing advocacy and project implementation and program development. After I gave birth, I decided to go back to Belgium, and met Avi who was starting this wonderful project of gathering students to learn practical negotiation skills for a positive impact on their daily lives. These students come together to meet with students from different socioeconomic backgrounds and Communes, about which they often know nothing or a little. Working with youth in education is a way for me to make a positive contribution and to fight inequalities. I am a 3rd year Political Sciences student in a trilingual Bachelors program at Université Saint Louis in Brussels. My passion for politics and the world of diplomacy arose early, as I believe it to be extremely important for young people to involve themselves in today’s discussions to make the world a better place. I got to know PATHWAYS thanks to one of Avi’s workshops for the student-led project called the London International Model United Nations, which aims to show young people the reality of the United Nations by playing the role of real diplomats in committees, negotiating on several issues. I’ve been involved in the project for 2 years now and have been my university’s team manager. With that experience, I realized that the art of negotiation is of utmost importance when it comes to international relations. But it comes in multiple forms and also reflects itself in every other area of one’s life; whether it is to make a relationship work, negotiating a salary increase or buying a car. It is essential to learn and practice, which is why I am excited to help others understand negotiation better.

Advisors to PATHWAYS include: